DANCE WITH THE NIGHT OF THE TARANTA

“La Notte della Taranta” (The night of the Taranta) is a popular music festival that aims to export the musical heritage and popular culture of Salento to the world. It takes place in August, in itinerant form in several squares of Salento, starting from Corigliano d'Otranto and culminating in the concert of Melpignano which sees the participation of musicians of national and international fame.

August 5, 2019 - The traveling festival stopped in Nardò, with a beautiful incursion into the popular music and the traditions of Salento. The event was preceded by a guided tour of the old town center organized by the University of Salento and a lectio magistralis by Vittorio Sgarbi in Salandra Square about the “Greek and Byzantine heritage in European culture”. The subsequent events of the evening that took place in Salandra Square were “Pizzica on stage”, “Altra Tela” by Gambetta Trio, Canzoniere Grecanico Salentino, Aia Noa “Concerto Ragnatela”.

August 7, 2017 - In 2017 Nardò hosted a stage of the travelling festival for the first time: the twentieth edition of one of the most important national and international entertainment events. An edition of great artistic and symbolic value because it was dedicated to the theme of peace and pizzica, considered as ambassador of a message of peace among peoples.

The event was attended by Raphael Gualazzi as concert master and international guests such as Suzanne Vega, Yael Deckelbaum, Tim Ries and Pedrito Martinez. The most notable performances that took place in Salandra Square were: Popular Orchestra of the Notte della Taranta, composed of musicians and performers of the Salento musical tradition who have been interacting for twenty years with artists from territories around the world, Enzo Avitabile in Avitabile Acoustic (Naples) for the Altra tela section of the festival, dedicated to listening music. 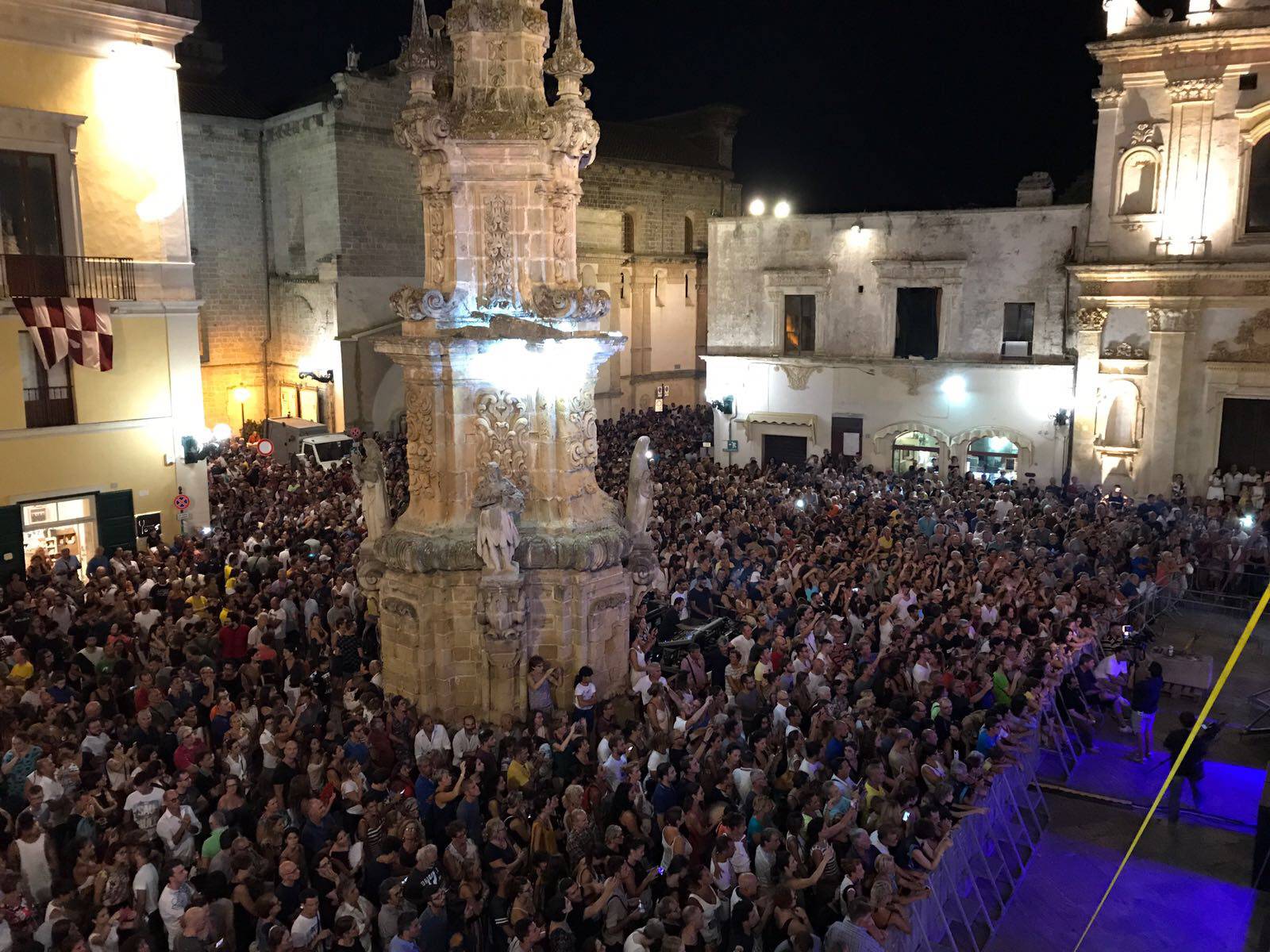