A STEP BACK IN TIME WITH THE MEDIEVAL HISTORIC CAVALCADE

The medieval historic Cavalcade and the Our Lady Crowned Fair have become a regular fixture of Nardò's summer. This is a re-enactment of a historical event that took place on the outskirts of Nardo’ in 1397. Organized by the “Amici Museo di Porta Falsa” association, the Fair takes place over three days and shows a fascinating historical procession on horseback, performances by flag-wavers, snare drummers, jugglers and fire shows. The programme is completed by games among neighborhoods, exhibitions and other shows.

The Fair recalls an event characterized the life of the city several centuries ago. The ceremony began on the afternoon of the first Saturday in August, when the chamberlain, accompanied by the mayor of the nobles and the people coming from the four neighborhood (Castelli Veteris, San Paolo, San Salvatore, San Angelo), went from the city palace to the bishop's palace, amidst drums and trumpets and explosions of firearms of citizens militia. The bishop gave them the blessed banners and then the scepter to the master of the market, who issued his edict to manage the fair. Then the solemn procession on horseback took place until the Incoronata church, where the nine days of the fair began. This is a ritual that is repeated in a spectacular way thanks to the great commitment of the Amici Museo di Porta Falsa association. 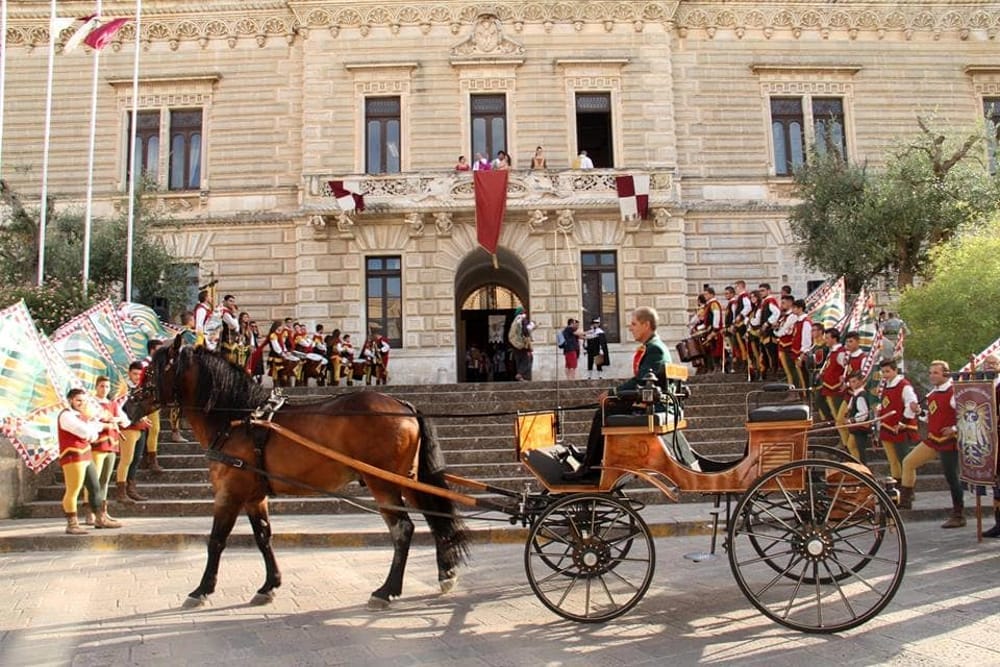