Luigi Stifani, better known as Gigi the master, “mesciu Gigi” in Salentino dialect, (Gallipoli 1914 -Nardò 2000), was an Italian violinist and from his brother Antonio, also a multi-instrumentalist musician, he learned his first musical rudiments. He is considered one of the most important violin therapists of rituals linked to Tarantism phenomenon of Salento.

Thanks to the virtuosity of his instrument and the musical rhythm that he invented, he conducted several exorcisms and saved the ‘Tarantate Women’, which are those women bitten by tarantula spider that, with its venom, caused a hysterical and convulsive disease. But at the same time: "The taranta is alive thanks to Mesciu Gigi who, in addition to transmitting his music, has unveiled the face of the popular culture of tarantism". 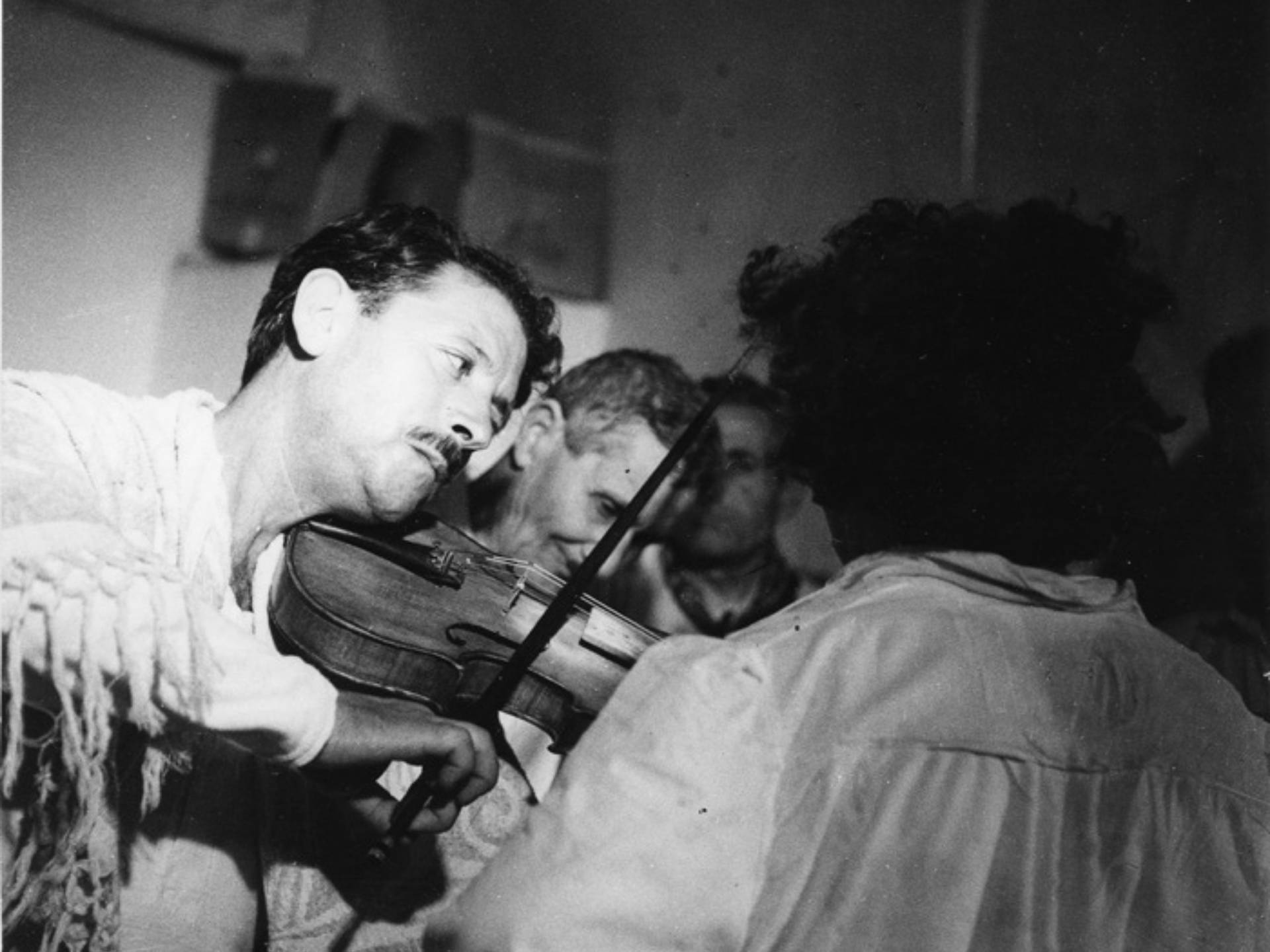 By his hands Taranta became our popular music. Gigi the master cured the Tarantate Women with the sound of his violin. He argued that, when the tarantate heard that sound, they started to get excited, spilling the poison of the taranta that was in their stomachs. Mister Stifani helped the anthropologist Ernesto De Martino on his research called the Tarantism in the 1950s - La terra del rimorso (The Land of Remorse), introducing him to the symbolism of our cultural tradition linked to the soil and to the people which worked hard in the fields. De Martino’s book brought fame to Mesciu Gigi who, unlike other important contemporary musicians and therapists, maintained extensive relations with the world of academic and non-academic scholars. Ruggiero Inchingolo was one of the most diligent scholars who studied the music, the violin technique and the musical context of Mesciu Gigi. He graduated in 1989 with his thesis entitled: Biography of a popular musician: Luigi Stifani from Nardò.

Mesciu Gigi met two gentlemen, Ernesto De Martino and Diego Carpitella, during an investigation in the summer of 1959. When they arrived in Nardò, they found a music therapy for healing in progress: there was a little orchestra at work, which was treating a sick woman. The violinists and the drummers approach the face of the lady lying on the floor in the ritual circuit of therapy and try to shake her.

After this event, Carpitella invited Stifani with his little orchestra to Bari (in1960) to the regional radio station, where they made numerous recordings. In 1966, Carpitella made the first film without sound and in black and white, which he entitled "Meloterapia del tarantismo" (Melotherapy of tarantism) and it represents a visual testimony of this syndrome. There are other images shot by a documentary film maker, Gianfranco Mingozzi, who in 1961 and 1962 filmed evidence of certain therapies. You will see a carpet on the ground made up of sheets, which delimits the virtual space in which the suffering lady moves, and around it, you will see the musicians who surround her, among whom we find a very young Stifani. Knowledge of this phenomenon is due to field research carried out by a team of various scholars, the most important of whom was E. De Martino. The team was set up in the summer of 1959 and included, in addition to De Martino himself, the musicologist Pietro Carpitella, the doctor Guglielmo Gardiner, a psychiatrist and a psychologist, the anthropologists Annabella Orsi and Signorelli, Vittoria Palma, a social worker and the photographer Franco Pinna.

In those years the phenomenon of Tarantism was also filmed by the director Gianfranco Mingozzi, resulting in a historical documentary showing the phenomenon as it appeared in the years of de Martino's travels. The text of the documentary was written, under the direction of De Martino himself, by the poet Salvatore Quasimodo, Nobel Prize winner in 1959. Luigi Stifani tells in the documentary "San Paolo e la taranta": "All the tarantulate that I have cured musically with the violin, with the accordion (...) I have cured them with the therapy of music. From the age of fourteen (...) I have cured over fifty of them".