Places of Jewish presence from Middle Ages to Shoah

The art, rites and traditions of the people who live in Salento are the result of the convergence of different cultures, due to the transit or permanence of peoples coming from different places. This is the case of the testimonies linked to the presence of Jews in Apulia and Nardò, hidden for political, social and religious reasons and still under investigation. The presence of the Jews in Nardò is attested from the 11th century (unlike the rest of the Salento area, where settlements were already present from the 9th century AD), and then in the postwar period between 1944 and 1947. The visit of the most significant places highlights some typical aspects of Jewish culture, common to the local one. It begins in the historic centre of Nardò and continues until Santa Maria al Bagno, the protagonist of the last diaspora towards the Promised Land.

The Giudecca of Nardò (the Jewish quarter) coincided with the St. Paul district, which extended just outside the walls, towards Lecce, up to the Church of St. Maria del Ponte. Next to the building, today's Church of the SS Medici, a small stream still flows, which was an essential source of supply at the time.

The centre of the Jewish community was located around to the present Church of St. Anthony of Padua, which was probably built where the Synagogue stood. This work of Christianization of the Jewish temples was developed by the Aragonese towards the end of the 15th century. Also the Mausoleum of the Acquaviva Dukes, a splendid example of a Renaissance monument housed in the current Sacristy of the Church of St. Anthony, was built to erase the traces of the Jews, always badly tolerated by the local community.

With a time jump of 2000 years, the visit continues towards S. Maria al Bagno, a small seaside village of Nardò city, which has become the logistical centre of Camp No. 34 or of the Holy Cross, set up by the Anglo-American forces to welcome Shoah survivors in transit to other destinations. The camp included the areas of S. Caterina beach, Pagani, Cenate, Mondonuovo and Lissandri, where there were beautiful villas, used by locals for summer vacations and therefore easy to host refugees. 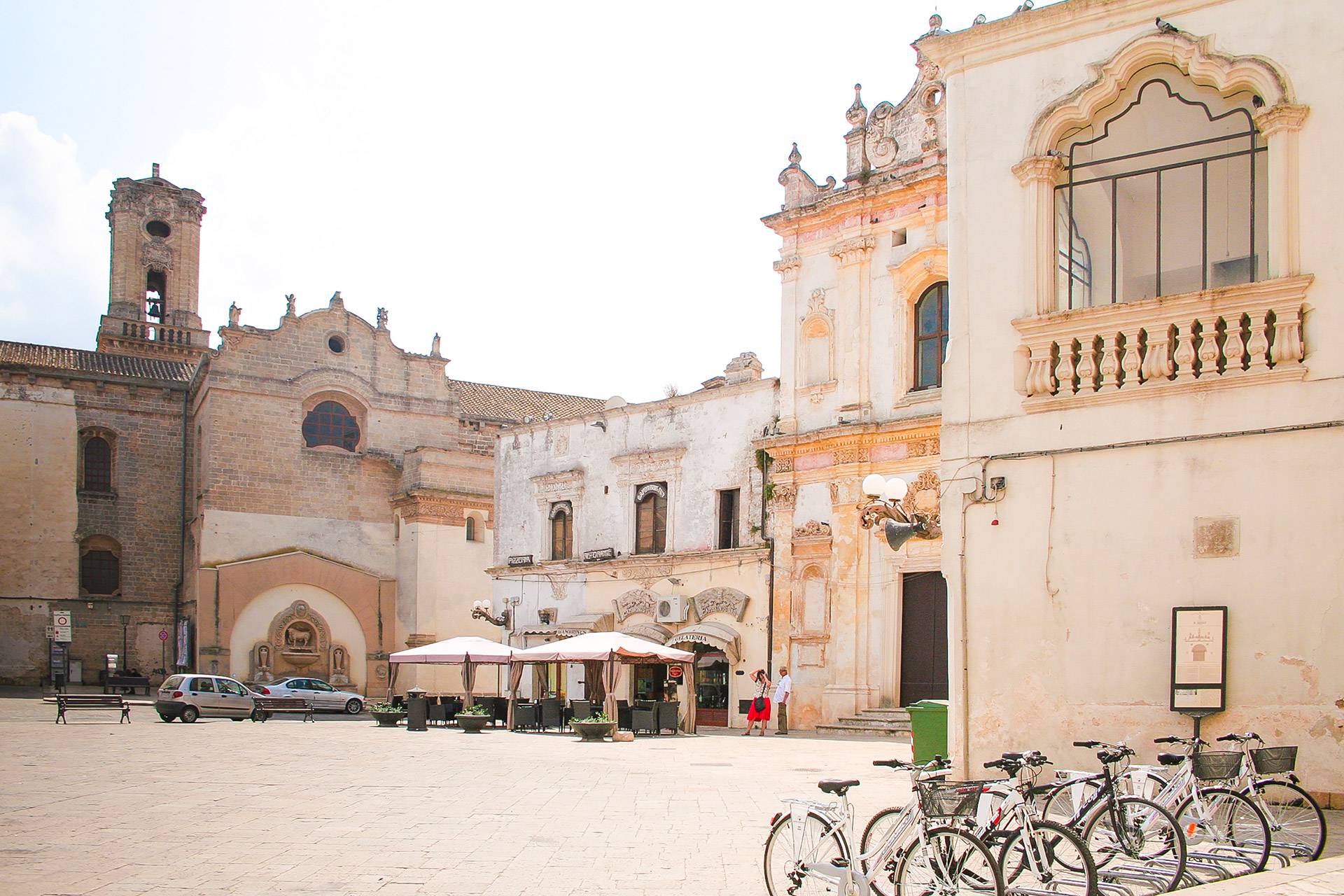