The old city centre, one of the most beautiful in Puglia, allows visitors to enjoy a privileged and peculiar interpretation of the complex historical series of events of both the city and its community. It is an authentic baroque triumph that welcomes visitors with the refined Salandra square and the numerous churches that seem competing in beauty, history and architectural importance.

The cathedral, dedicated to the Beata Vergine Maria Santissima Assunta, was built by Goffredo, the Norman count in 1080 and with the passing of the time it has been reworked. It preserves various frescoes and a wooden Crucifix of XIII century, knows as the Black Christ for the dark colour of the cedar wood. The Church of San Domenico, realized for the Domenican order in 1500, and partially damaged during the earthquake in 1743. The façade is made of the local stone called “carparo” populated by copious crowded human figures, creatures, and floral elements. 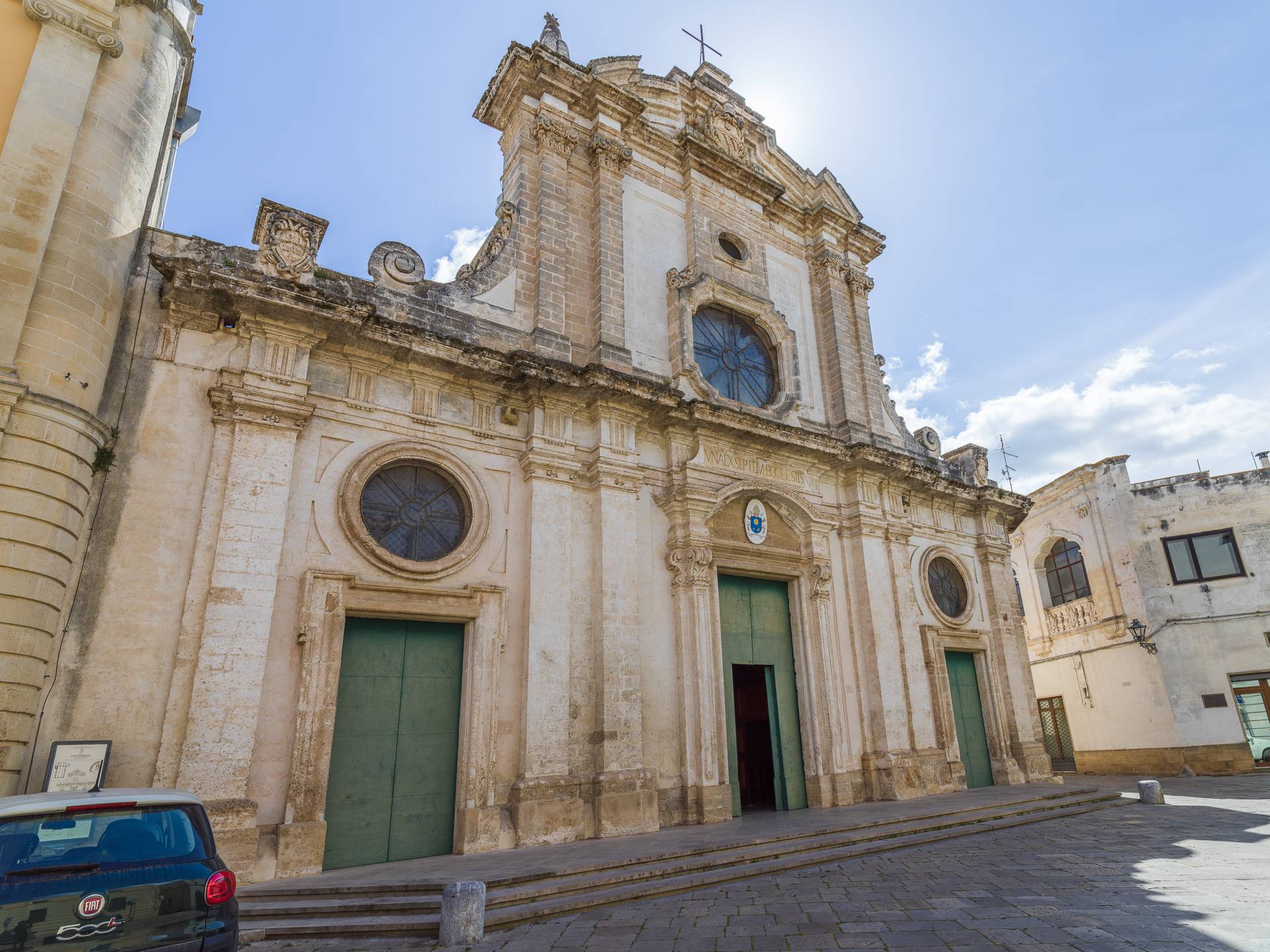 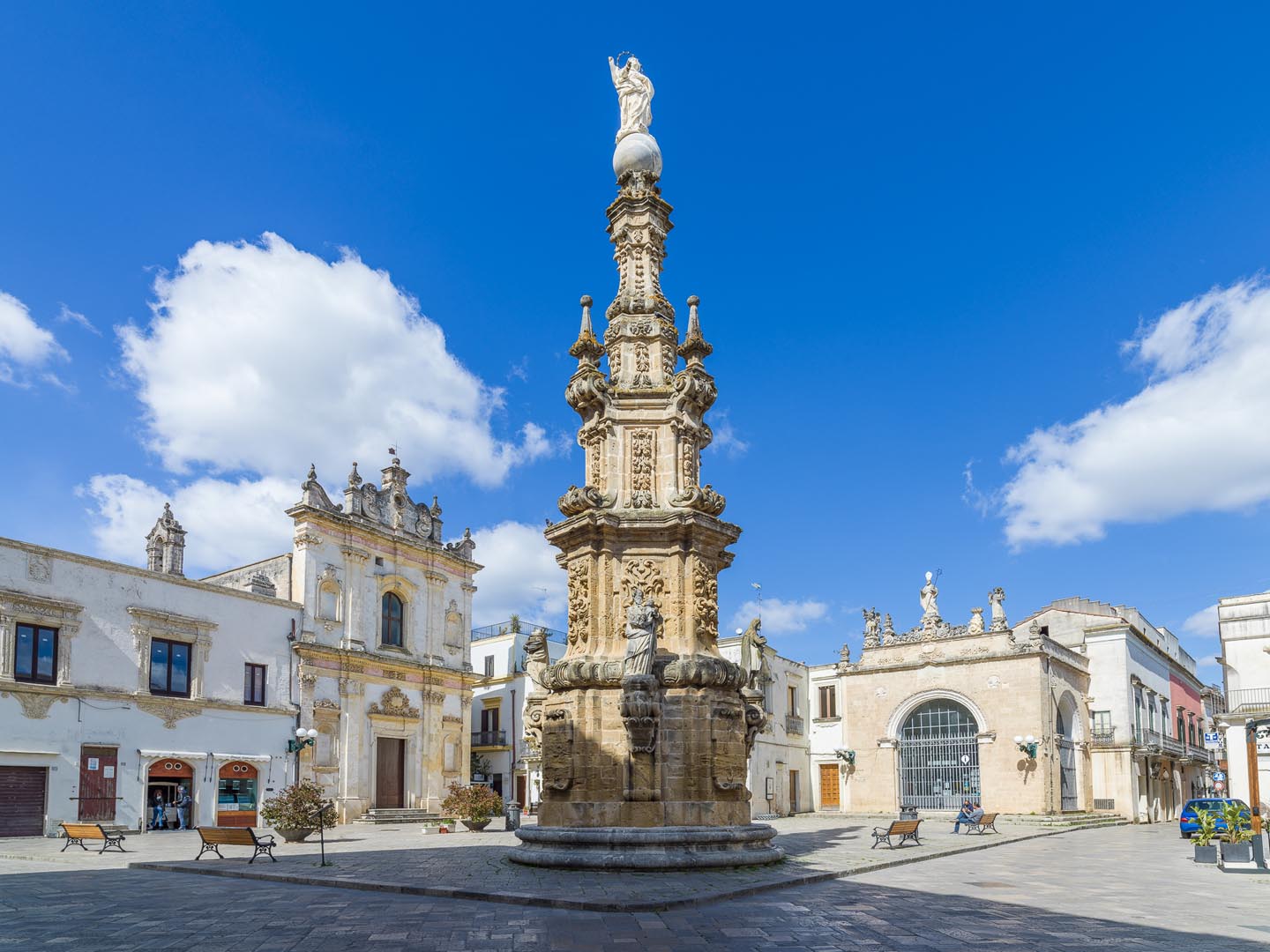 It is impossible to miss the visit to the square when visiting Nardò. There you must enjoy a pit stop at the Vetrina del Gusto, where you can get to know the flavours of Nereto: bread, frise, pucce, taralli, milaffanti, pitteddre, pettule, purciddruzzi, celline olives and oil, curti and gruessi, paparine, primitivo, malvasia and negramaro wines. A varied and unique sensory experience, that will enchant you just by the scent. From this agora a whole host of streets, alleys, squares unwinds, amplifying an already high-level experience. 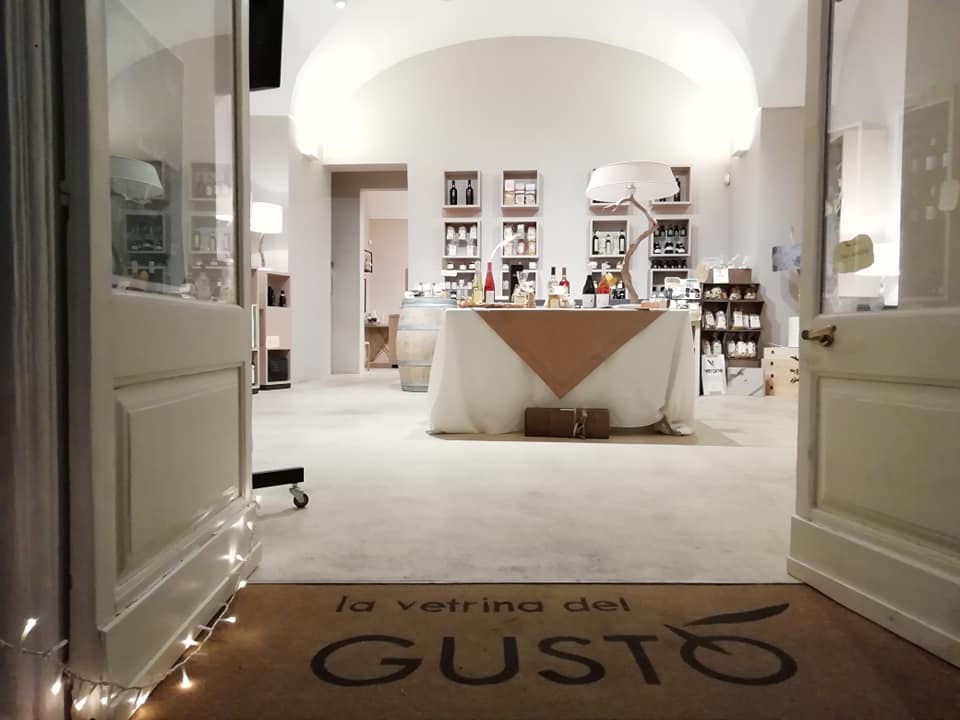 A direction of the ancient city core leads directly from the square to the Acquaviva d’Aragona Castle. The first news about its construction dates back to the second half of the XV century, during the transition from the Angevin to the Aragonese domination, that coincided with the affirmation of the Acquaviva family in the city. From a country house it became a noble residence, nowadays the seat of both the municipal representative offices and some cultural containers such as the Museum of the City and the Territory, the Museum of Speleology and of the Underground, Museum of Rural Life and Popular Traditions and the permanent dedicated exhibition of Vittorio Bodini.

Castle adjacent lot is the beautiful botanical garden, one of the most beautiful and representative historical gardens of Salento.